The video shows a half section of a beating heart computed by XB Modeler from a molecular model where Huxley and Simons 1971 model is adopted.

The muscle is driven by sliding movements in filament pairs composed of a thin filament (light blue) and a thick filament (red). In a filament pair, the sliding is generated by the cross bridge cyclings of the myosin and actin molecules.

The transition rates for the head rotations were determined from the Boltzmann factors given by the sum of the chemical energy stored in the myosin head and the strain energy of the myosin arm as described by Duke (1999).

The orange and green rectangles indicate the state populations of the binding states after the first and second head rotations, respectively. Sarcomere models composed of appropriate number of samples of the filament pairs are embedded in all elements of the muscle to deduce the muscle movement over the heart wall. 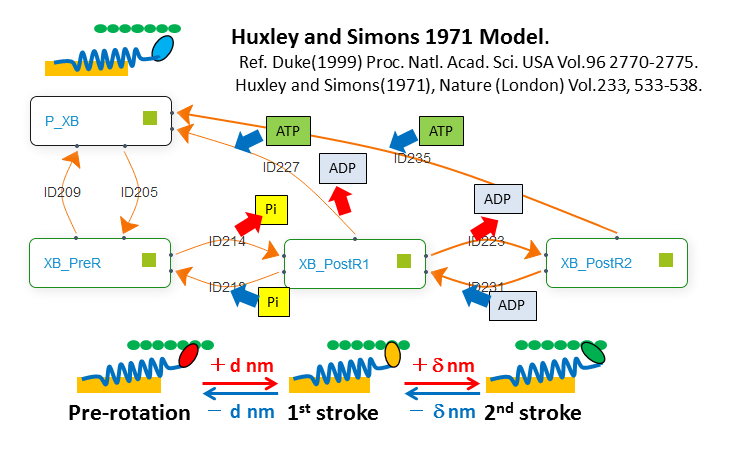